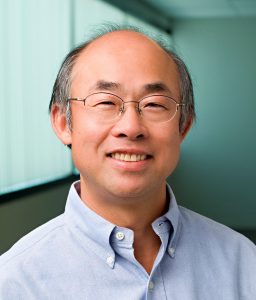 Francis Lee graduated from UC Davis with a bachelor’s degree in electrical engineering in 1974. In 1998, after two decades in industry, Lee became CEO of Synaptics, a position he held until 2009. Currently, Lee serves as Synaptics board chairman. During his tenure as CEO, he grew Synaptics from a small, private technology company to gain a commanding market share in interface devices in notebook computers and smartphones. Synaptics also pioneered the first clear industry capacitive touch solution in a private label Prada phone by LG Electronics and was the first technology IPO in 2002 in the NASDAQ market. Upon his retirement from management, his passions include education, healthcare, coaching and related philanthropic projects. Besides supporting the College of Engineering as a member of the Dean’s Executive Committee, he also serves on the Adesto Semiconductor and Resurge International Board. He is a member of the American Leadership Forum, the Philanthropic Workshop and a limited partner in Legacy Ventures. Lee and his wife, Evelyn, have two children, Grace and Christopher, and a 15-month-old grandson, Adrian. He resides in Milpitas, travels frequently and enjoys wine, food, golf and good company.