Mike Child has a very close relationship with UC Davis. He graduated in 1976, with a bachelor’s degree in electrical engineering; he subsequently obtained an MBA from the Stanford Graduate School of business in 1980. His wife, Renée, also graduated from UC Davis in 1976, with degrees in psychology and German. They have five grown children; one daughter is a UC Davis student, while a second is a recent UC Davis graduate.

Mike and Renée also have a different sort of child at UC Davis: a brand-new interdisciplinary institute devoted to education, research and outreach in innovation and entrepreneurship. The just-unveiled Child Family Institute for Innovation and Entrepreneurship has been launched with a $5 million commitment from Mike and his wife. 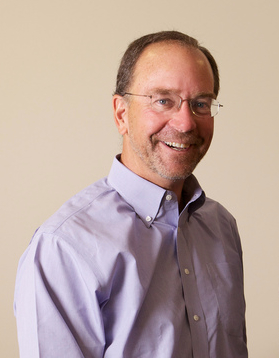 The institute builds on the success and experience of the UC Davis Center for Entrepreneurship, which since 2006 has helped researchers and students move their innovations and ideas into the marketplace. The Child Family Institute for Innovation and Entrepreneurship will strengthen UC Davis’ role as a vital player in catalyzing economic development in the region, the state and beyond.

His undergraduate degree notwithstanding, Mike Child gravitated toward entrepreneurship soon after obtaining his MBA. He joined TA Associates in 1982, and helped open the Boston-based private equity firm’s West Coast office that same year. He became a managing director in 1986, then served on the company’s executive committee from 2002 to ’08. In 2011, he became one of the firm’s senior advisors.

During his nearly three decades with TA Associates, Child has invested in numerous early-stage, emerging technology companies, many of which were founded by entrepreneurs who initially bootstrapped their companies to profitability. Child has served as director of 16 public companies, including Sonic Solutions (which sold to Microsoft), AST Research (sold to Samsung), Network General Corp. (sold to McAfee) and Eagle Test Systems (sold to Teradyne).

He also serves as a trustee on the UC Davis Foundation board, and is a member of the Campaign Cabinet, a group of volunteer leaders that is guiding the university during its first comprehensive fundraising campaign.

Child and his wife live in Atherton, where he enjoys all of the local country club’s “pentathlon sports”: swimming, golf, tennis, shuffleboard and Ping Pong.

Inside the "New Normal" of Remote Instruction