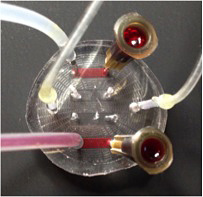 (SACRAMENTO, Calif.) — Using a special microchip that can perform laboratory functions, a team of cardiologists and biomedical engineers from UC Davis has identified cells linked with inflammation and varying degrees of heart disease.

The “lab on a chip,” which is based on technology used to evaluate chemicals and cell-to-cell interactions, may one day lead to a rapid test that doctors could use to better predict, treat and monitor atherosclerosis.

The study is published online in the Proceedings of the National Academy of Sciences of the United States of America.

“Our test provides a good indication of how atherosclerosis actually develops inside coronary arteries,” said Scott Simon, professor of biomedical engineering and a study co-author. “This is an exciting step in developing personalized profiles for heart disease risk.”

Cardiologists agree that inflammation plays an important role in heart disease, but knowing how inflammation affects the risk of a heart attack is a challenge – hence the phenomenon of a patient leaving the doctor’s office with a clean bill of health only to have a heart attack a week later.

“Inflammation likely accounts for aspects of heart disease that traditional indicators such as hypertension, diabetes, smoking and cholesterol don’t assess,” said Ehrin Armstrong, an interventional cardiologist and senior author of the study. “This test measures inflammation in cells of the immune system, opening up new avenues to monitor and treat cardiovascular disease.”

The investigators focused on specific white blood cells called CD14++ and CD16+ monocytes that link in the blood with triglycerides – fats that are risk factors for atherosclerosis. These monocytes become activated by “swallowing” triglycerides and expressing proteins called integrins. While integrins help protect against infection, they also make the monocytes sticky, helping them easily adhere to endothelial cells that line the inner surfaces of blood vessels and promoting plaques that clog arteries and lead to cardiac events.

The team used the “lab on a chip” to study the blood of 35 volunteers with varied levels of baseline triglycerides but who were otherwise healthy, along with the blood of 18 volunteers who each had experienced a heart attack. The small device – only a few square inches in area – forces blood to flow at a speed similar to blood in arteries over a specially treated glass slide that serves as a molecular substrate that models artery walls. The blood is then analyzed using a microscope that detects the relative levels of CD14++, CD16+ and integrins that stick to the substrate.

“Our lab-on-a-chip is unique in that it mimics the conditions in an actual artery during the early stages of atherosclerosis,” said Simon, who developed the technology used in the study. 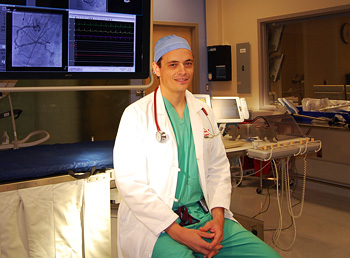 After eating a high-fat meal to induce an inflammatory state, the blood of the healthy volunteers with varying triglyceride levels revealed that the monocytes had adhered to the chip substrate with sevenfold higher efficiency than other cells, proving that they are accurate biomarkers of inflammation. Further investigation showed that the increased monocyte adhesion was due to increased expression of a specific integrin known as CD11c, which was upregulated after the high-fat meal.

The evaluation of blood samples from patients who had experienced a heart attack showed that levels of CD14++ and CD16+ monocyte adhesion due to the integrin CD11c increased by 100 percent when compared to levels of these cells in the blood of healthy volunteers, indicating that these biomarkers increased proportionate to the level of cardiac disease.

“We can actually see how monocytes in the blood of people with different risks for atherosclerosis and heart attack – ranging from people with low to high triglyceride levels to those who had actually experienced a cardiac event – interact with this model of the artery wall,” said Armstrong. “We are coming close to observing atherosclerosis in action at a personal level.”

The lab-on-a-chip may one day be used to provide a rapid risk assessment tool that could be used in doctors’ offices. It may also be useful as a tool for further research in therapeutics.

“Interventions that target monocyte activation could reduce progression of atherosclerosis. In patients who have already had a heart attack, it is possible that such interventions could also reduce long-term injury to the heart,” said Armstrong.

The interdisciplinary team plans to carry the investigations further to refine their understanding of the cellular mechanisms of atherosclerosis. They would also like to conduct studies on larger populations over long time periods to better determine the predictive utility of the test. 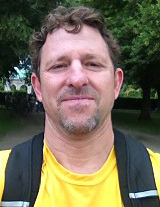 The study, titled “On-Chip Phenotypic Analysis of Inflammatory Monocytes in Atherogenesis and Myocardial Infarction,” is available online at http://www.pnas.org/content/early/2013/08/02/1300651110 or by contacting the journal at PNASnews@nas.edu or 202-334-1310.

Funding for the study was provided by the National Heart, Lung, and Blood Institute and with a Clinical Research Program Award from the American Heart Association.

About UC Davis
For more than 100 years, UC Davis has engaged in teaching, research and public service that matter to California and transform the world. Located close to the state capital, UC Davis has more than 33,000 students, more than 2,500 faculty and more than 21,000 staff, an annual research budget of nearly $750 million, a comprehensive health system and 13 specialized research centers. The university offers interdisciplinary graduate study and more than 100 undergraduate majors in four colleges — Agricultural and Environmental Sciences, Biological Sciences, Engineering, and Letters and Science. It also houses six professional schools — Education, Law, Management, Medicine, Veterinary Medicine and the Betty Irene Moore School of Nursing.