After earning an undergraduate degree in computer science from the University of San Francisco, Alfred Chuang obtained a master’s degree — also in computer science, with a specialization in distributed data management — from UC Davis in 1986. 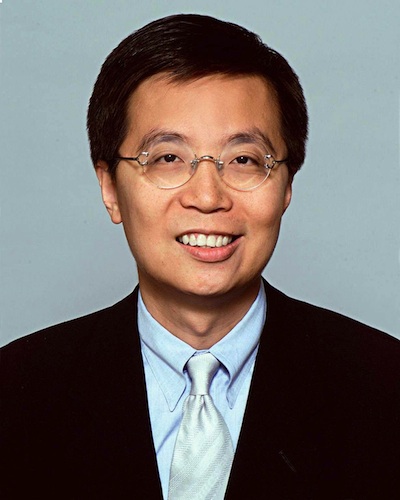 All these years later, his graduate thesis, “Table-Tabular Data Objects and their Use in Table Editing,” still remains one of California State Library’s most frequently used reference materials on relational database development.

Chuang hit the ground running after leaving UC Davis; he spent seven years in the software industry before accepting a position at Sun Microsystems Inc. In early 1995, Chuang and two colleagues — Bill Coleman and Edward Scott — left Sun to found BEA Systems, Inc. The company went public in 1997 and quickly achieved $1 billion in annual revenue. Armed with its WebLogic software, BEA became one of the world’s leading e-business infrastructure software companies, with 91 offices in 38 countries, and more than 18,000 customers around the world, including a majority of the Fortune Global 500. Chuang became the company CEO in October 2001, and also chairman of the board not quite a year later.

He emerged with his eye on the sky … or, more accurately, in the clouds. His newest startup, Magnet Systems, hopes to take on big cloud-computing platform players such as Oracle and Salesforce.

Chuang expects Magnet to do for businesses what Facebook and Twitter have done for social networking. His new company’s software platform — WIN, for Workplace Interaction Network — helps workers better organize and exploit what the industry calls “unstructured information”: data that isn’t stored in the conventional databases that are the foundation of many business programs.

Chuang’s assessment of this opportunity is, as always, shrewd and spot-on: Although consumer software has undergone roughly a dozen major revolutions during the past decade alone, business software hasn’t changed much since the 1990s.

“Interaction on e-mail discussions, with social tools, texting … we’re not capturing any of that stuff,” Chuang told the Wall Street Journal, in April 2011.

With Chuang and Magnet leading the charge, that’s about to change.

Inside the Underground Market for Fake Amazon Reviews