I.M. Idriss, a UC Davis professor emeritus of geotechnical engineering, was on the second floor of a San Francisco high-rise when the 6.9 magnitude Loma Prieta earthquake struck on Oct. 17, 1989. As colleagues dove for cover beneath a conference table, Idriss stood in a doorway … where he had a perfect view of buildings swaying in response to the forces he had studied throughout his career.

“Each earthquake tells us a story,” Idriss explained, during an interview given on the 20th anniversary of this catastrophe. “Sometimes it confirms something we know, or sometimes it tells us something we didn’t know.” 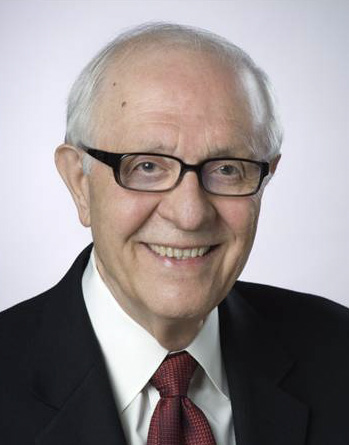 In the wake of the Loma Prieta quake, Idriss was one of eight people named to Gov. George Deukmejian’s Board of Inquiry; the panel was assigned to find out why the Cypress section of I-880 and a section of the San Francisco-Oakland Bay Bridge had failed … and how the state could prevent this from happening again. Idriss and his fellow panel members eventually recommended that all of the state’s approximately 24,000 bridges be inspected for quake-worthiness and — if necessary — retrofitted.

Following this inquiry, Idriss and several other UC researchers continued to work with Caltrans, serving on the state’s Seismic Advisory Board and on peer advisory panels for all the Bay Area toll bridge retrofit projects.

Idriss has spent half a century studying how soils react to the shaking that occurs during an earthquake. During that time, his geotechnical advice has been sought by government agencies and advisory panels around the world. He has been involved with the follow-up analysis of every major earthquake since the 1964 Alaska quake, including those at San Fernando, Mexico City, Northridge and Kobe; he has been part of the team of engineers that descends on a region in the aftermath of a major quake, to analyze damage and determine causes of structural collapse.

Loma Prieta was, however, the only quake he experienced in person.

His research on soil mechanics and foundation engineering has influenced the construction of dams, nuclear power plants, seaports, office buildings, residences, hospitals, railways and bridges around the world.

In 1999, Idriss received a UC Davis Distinguished Public Service Award, an honor that recognizes faculty members who have made public service contributions to the community, state, nation and world throughout their professional careers. This followed his 1989 election to the National Academy of Engineering, and the many high honors he has received from the American Society of Civil Engineers.

Recognizing the value of such awards, Idriss subsequently established one himself: the UC Davis Prize for Excellence in Geotechnical Engineering — now known as the Idriss Award — which recognizes a graduate student’s achievements in outstanding scholarship, leadership and fellowship.

The Algorithm Will See You Now: Chen-Nee Chuah and Xin Liu on Big Data, AI and Machine Learning in Medicine

Colleen Bronner: A DEI Champion in the College of Engineering