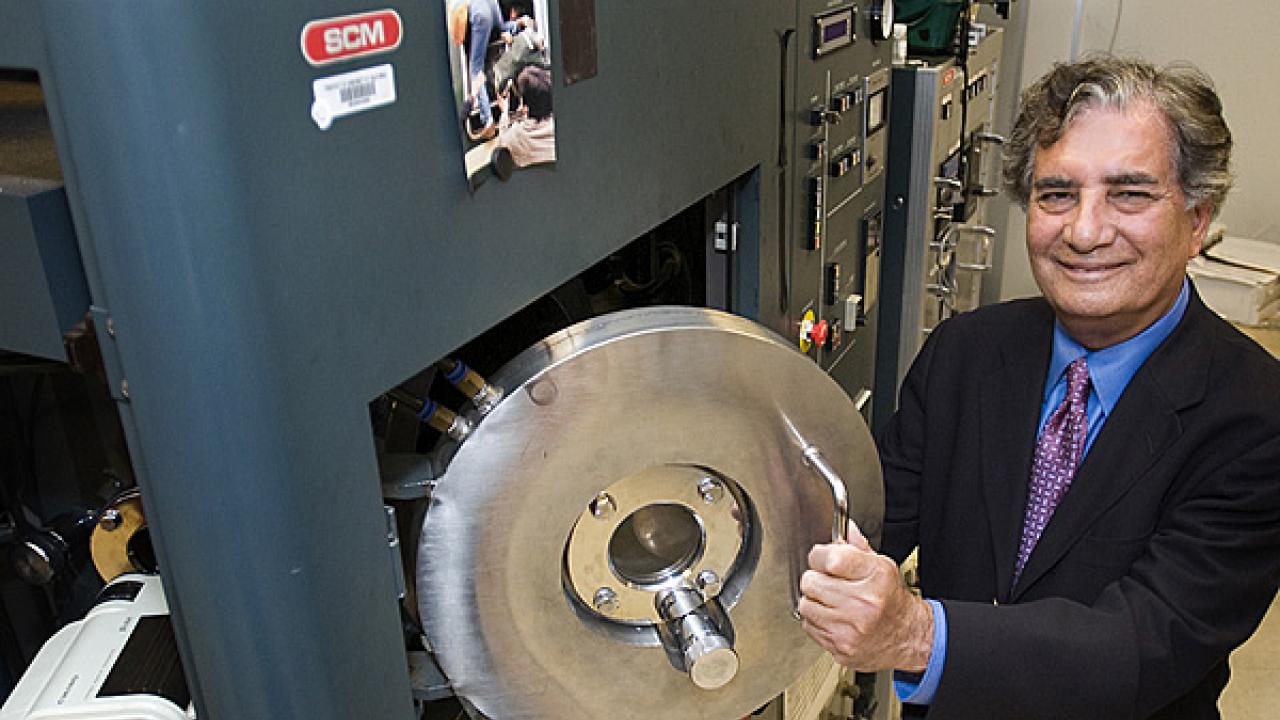 Materials science and engineering distinguished professor emeritus and College of Engineering dean emeritus Zuhair A. Munir was recognized for his lifetime achievements in the field of ceramic engineering with the 2021 James I. Mueller Memorial Award from the American Ceramic Society (ACerS) Engineering Ceramics Division. He will be honored at the 45th International Conference on Advanced Ceramics and Composites, where he will deliver the Keynote Plenary Lecture virtually on February 8, 2021.

The award is given every year to an ACerS member who has made enormous contributions to the field of ceramic engineering through research with significant national, industrial or academic impact.

“I am grateful to receive this honor, which I feel also belongs to my former students and visiting scholars who contributed greatly to my research over many decades,” he said.

Munir has left his mark on UC Davis and the College of Engineering since joining the faculty in 1972. He served as associate dean for many years and as dean of the College in 2000-2002. He received the UC Davis Prize and the UC Davis Academic Senate Distinguished Research Award—the highest honors given by the academic senate for research; Munir is one of only two engineering faculty to receive this recognition in the nearly 80-year history of this award. The College of Engineering’s Zuhair A. Munir Award, given to the best doctoral dissertation every year, is named in honor of his 20-year tenure as the associate dean for research and graduate studies.

The James I. Mueller Award is another accolade in Munir’s distinguished career. He previously received the ACerS Jeppson Award and Medal, which recognizes technical excellence, and the W. David Kingery Award, a lifetime achievement award that’s one of the ACerS’ highest honors. He also received the Gold Medal from the Russian Academy of Science for his research on SHS, the von Humboldt Award for Senior Scientists, the Nano 50 Technology Award recognizing his innovations’ impact on nanotechnology, the Japan Government Award for Foreign Scientists, and twice the National Science Foundation Creativity in Research Award.  The Fourth International Symposium on Spark Plasma Sintering (Sardinia, Italy) and its Proceedings book were dedicated in 2018 to Munir in recognition of his research contributions to the field of SPS.

Disruptioneering: The Quantum Vacuum for Nanotechnology