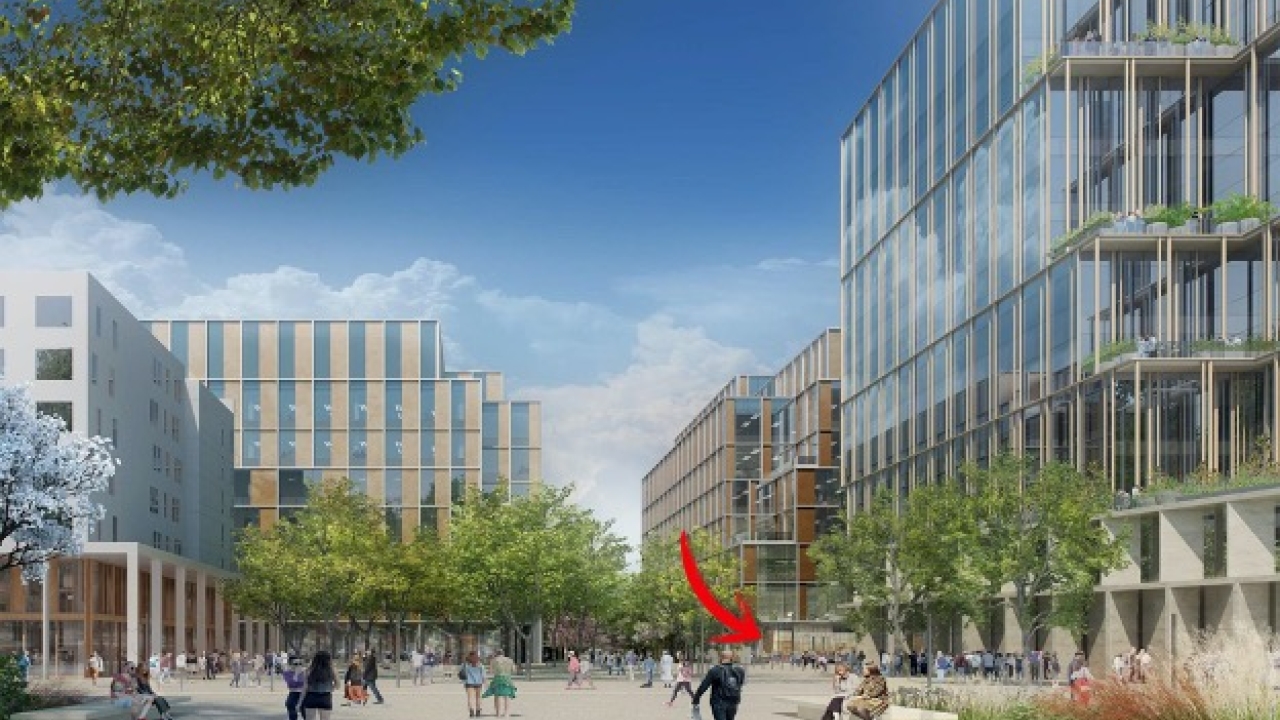 THE WHOLE IDEA OF AN INNOVATION CAMPUS – devoted to catalyzing research that links UC Davis faculty with industry and community partners — depends on space that is better designed for collaboration than what we have now.

Aggie Square wants to be such a desirable place to engage in translational research and experiential learning that anyone going about their business as usual feels a little bit like they are missing out and really ought to get involved (through Quarter at Aggie Square, through new research connections, through the Alice Waters Institute for Edible Education, etc.).

Aggie Square will be different because of the innovative infrastructure that it provides, and the first piece of that infrastructure is coming together this summer. Thanks to the strategic vision of the UC Davis Department of Biomedical Engineering, we are configuring a cutting-edge makerspace that can be used by everyone from designers to surgeons to industry partners.

If you’ve been in the TEAM prototyping lab on the Davis campus, you’ll have some sense of what we’re building at Aggie Square, but bigger and with a wider range of 3D printers and other prototyping equipment.

Take a tour of the UC Davis TEAM prototyping lab to see the kind of equipment that will be in the Aggie Square makerspace.

The brain behind TEAM (which stands for Translating Engineering Advances to Medicine) is the engineer Steven Lucero. He has worked with faculty and students to build everything from circuit boards and prosthetics to anatomical models used by doctors preparing for challenging facial reconstructive surgery.

A display shelf along one wall in the current TEAM facility in Davis holds examples of what the lab can help you make, including a couple of 3D printed crania for surgical planning. There are also various gadgets and objects like a wrench and a bike chain printed in polymer. Steven cautions that you wouldn’t get very far on a polymer bike chain, but just wait until the Aggie Square makerspace opens up with a 3D printer that can print in metal.

First, nearly every project that TEAM facilitates involves multiple stages and several people from units across our campuses. For example, a radiologist or other bioimaging specialist might provide the data that informs computer-assisted design work to make that data ready for the 3D printer. The output might end up in the hands of a surgeon, an orthopedist or another clinical specialist. Alternatively, perhaps a chemical engineer might invent new technologies to 3D-print more flexible objects with potential applications in fields like robotics and wearable technology. These are not just hypotheticals but rather actual examples of the broad range of collaborations that come from this kind of makerspace.

If you want hypotheticals, think about how much wider the orbit of multidisciplinary research will be in a makerspace located next to a food and health policy and research facilities like the Alice Waters Institute or a cluster of School of Medicine faculty conducting research right upstairs.

Second, imagine all of the possibilities for researchers to rub elbows with other researchers! You could think of the makerspace as a 21st-century water cooler, a meeting place where students, faculty and industry tenants are bound to bump into one another. Mechanical engineers will find themselves working alongside medical professionals and design experts and chemists and so on. Professors in all of these fields will run into undergraduate students involved in Quarter at Aggie Square Experiences that use the makerspace and in new masters programs focused on device development. Industry tenants are sure to make use of the lab as well, which means there will be opportunities for UC Davis researchers to connect with their industry counterparts that would be much less likely without the makerspace.

To make sure these connections happen, we are putting the makerspace in the heart of Aggie Square.

The architects are drawing it into the ground floor of the Lab East building, so if you look out the windows of the makerspace you’ll be staring straight across at a lab in the West Building as well as the Alice Waters Institute. You’ll be 10 paces away from the teaching center right next door in the Lifelong Learning building, moreover, which means students and faculty working in the makerspace will be able to move quickly back and forth to their classrooms.

Because a room full of 3D printers is really cool to look at, the TEAM makerspace will have glass walls and big garage doors that open onto the public square. It’s hard to imagine a better example of science on display. Students walking by for a class or members of the community coming to Aggie Square for a meeting will have a chance to see UC Davis research live as it happens.

Let me walk you through the space. In this image drawn by Steven Lucero, the garage doors that open outside to the square are on the bottom. You can see how the machine workshop on the left can open up for classes or demonstrations as well as to get big pieces of equipment in and out. The banks of 3D printers are on the right side of this image, with teaching/ presentation space in the middle.

Both of these aspects of the lab — bleeding-edge tech and the opportunity for making connections to other researchers — are crucial to the makerspace and to Aggie Square. You can make entirely new things with the technology in the TEAM lab, and with the connections to other researchers, you’ll make at Aggie Square you can put those prototypes into action.

Here then, is an example of how Aggie Square will connect people to do more innovative research together. With infrastructure like the new TEAM lab, we’re making Aggie Square the place at UC Davis to do collaborative, translational, multidisciplinary research.

Giving a Hand to Hands-on Engineering

Statement: Resources and Support for Those Impacted by Unrest in Iran