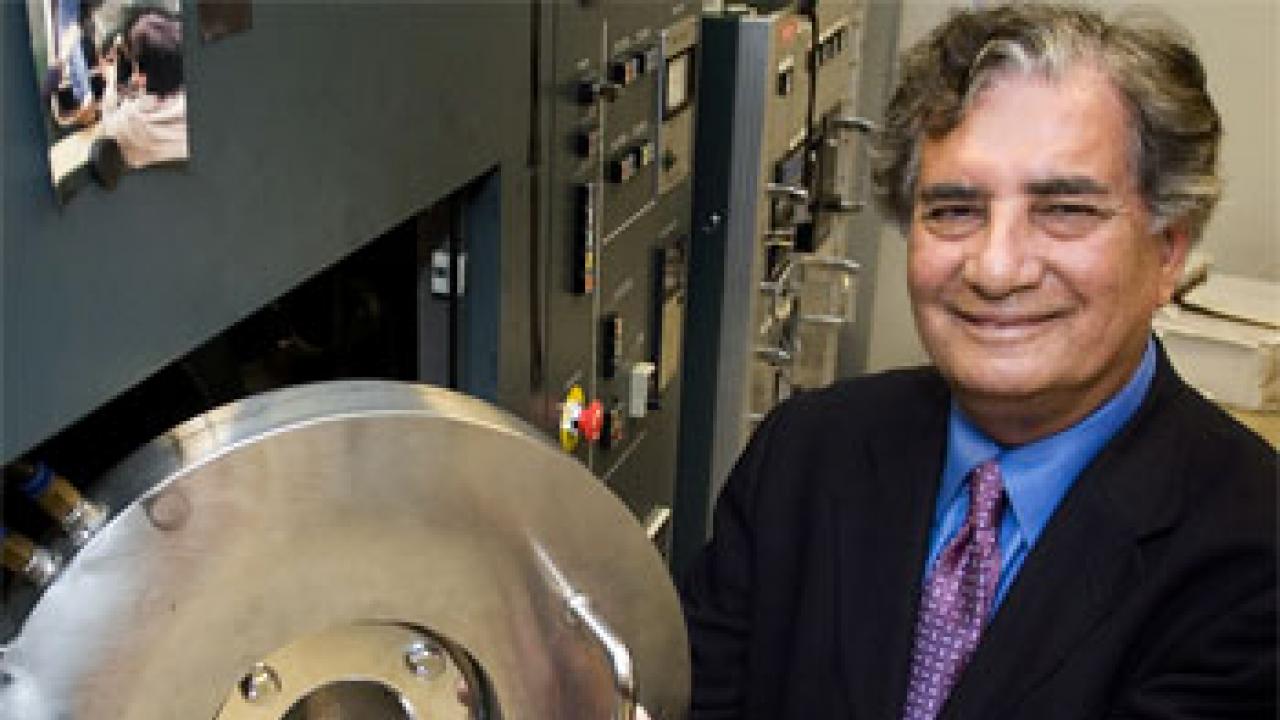 One morning in the spring of 2007, as UC Davis Professor Emeritus Zuhair Munir was teaching his undergraduate course, “Introduction to Materials Science,” the proceedings were interrupted when Chancellor Larry Vanderhoef entered the classroom to surprise Munir with a presentation of the UC Davis Foundation Prize for Undergraduate Teaching and Scholarly Achievement. The prize, created to celebrate the very best in teaching and scholarship at UC Davis, included a cash award of $35,000.

Munir’s students, dating back years and years, couldn’t have agreed more. Course evaluation forms consistently praise this veteran member of the UC Davis Department of Chemical Engineering and Materials Science: “He cares greatly for his students” is a typical response.

Indeed, Munir always has placed considerable value on teaching introductory courses to large undergraduate groups. “Undergraduates are more open, more interested in pursuing different ideas,” he said, when interviewed after the presentation of his Foundation Prize. “I enjoy seeing them get excited about topics.”

Munir has been excited about his own topic since his time as an undergraduate and graduate at UC Berkeley, where he concluded his academic study with a Ph.D. in materials science in 1963. He then taught at San Jose State University and Florida State University before joining UC Davis in 1972, as a professor of materials science. He subsequently served as associate dean for graduate studies in the College of Engineering from 1980 to 2000, when he was appointed dean of the college, a position he held until 2002. He was promoted to distinguished professor in 2003.

In 1999, the College of Engineering established the annual Zuhair A. Munir award in his honor. This award is given each year to the graduate student who has submitted the best doctoral dissertation. The award honors the individual student and publicizes his/her exemplary research, and also acknowledges the mentorship of the major professor.

He researched how electric fields affect evaporation from single crystals on surfaces, a body of work that garnered a pair of the National Science Foundation’s “Creativity in Research” awards, in 1982 and ’85. That same decade, he became one of the first U.S. scientists to explore combustion synthesis, a process that can be used to make materials with a wide range of properties: hardness, heat, resistance, electrical conductivity, transparency and magnetism. The techniques Munir developed could lead to new ways to make high-temperature turbine blades, optical components for laser, electrical conductors or insulators.

In 2000, Munir and Ben Shaw, a fellow UC Davis professor of mechanical and aeronautical engineering, won a NASA grant to study combustion synthesis under electric fields in weightless environments.

This career-spanning award notwithstanding, Munir still shows no signs of slowing down.

Statement: Resources and Support for Those Impacted by Unrest in Iran

2022 Outstanding Faculty, Excellence in Teaching and Other Faculty Award Recipients