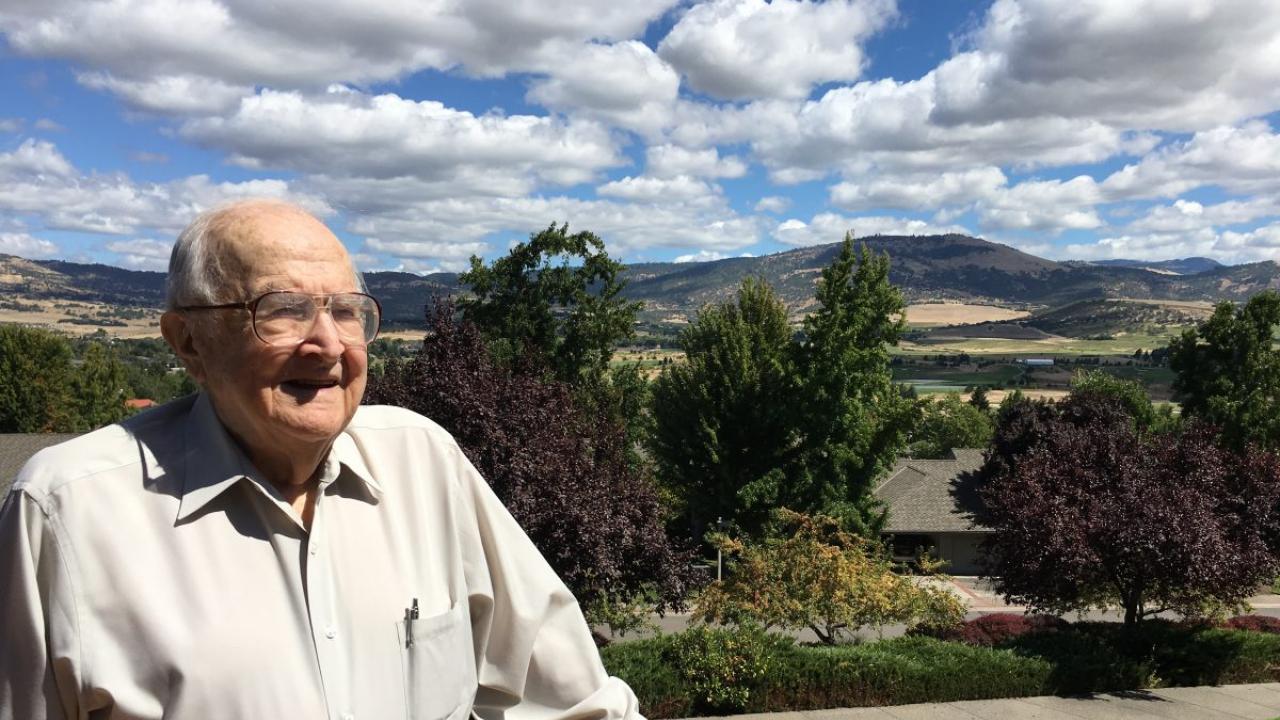 Kemper was the second dean of the College of Engineering, a position he held from 1969 until 1983 during a period of growth and development for the campus and college. During his tenure as dean, the college doubled in size, from 1,040 to 2,110 students, and added new graduate and undergraduate programs, including computer science and aeronautical engineering.

A mechanical engineer with significant experience in senior management positions, Kemper helped grow the college’s reputation for blending theory and practice and preparing students for their careers as working engineers.

The John D. Kemper Hall of Engineering was named in his honor in 2003, and the plaque unveiled at the naming ceremony described him as “a man of strong convictions, kindness and efficiency.”

Kemper’s path to UC Davis began with a stint at Lockheed Aircraft, followed by WWII service with the Army Air Corps. He earned bachelor’s and master’s degrees in engineering from the University of California, Los Angeles, and subsequently worked as a design engineer for Telecomputing Corporation, as a chief mechanical engineer at the H.A. Wagner Company and as vice president of engineering for the Marchant Division of SCM Corporation. He earned a Ph.D. in engineering from the University of Colorado, Boulder before joining the UC Davis faculty in 1962.

Kemper served as chairman of the Panel on Graduate Study of the Committee on Education and Utilization of the Engineer of the National Research Council. His passion for engineering education translated into a popular textbook called Engineers and their Profession. A copy of this book can be found in the glass display case in the lobby of Kemper Hall.

“I was very fortunate to visit with John at his home in Medford in 2016,” said Jennifer Sinclair Curtis, dean of the College of Engineering. “He was so gracious and talked about how he treasured his time at UC Davis and how much he loved our college.”

After his retirement in 1991, Kemper was equally prolific. As an active member of the Yolo Audubon Society — he served as its president for a time — he published Discovering Yolo County Wildlife (1997), a collection of nature columns, followed by Birding Northern California (1999). After moving to Medford, OR, several more books followed, including Southern Oregon’s Bird Life (2002), Exploring Southern Oregon’s Beautiful Places (2003) and The Rogue Valley and Wildflowers of Southern Oregon (both 2006).

Kemper is survived by his daughter Kathy Mattson, a granddaughter and two great-grandchildren.