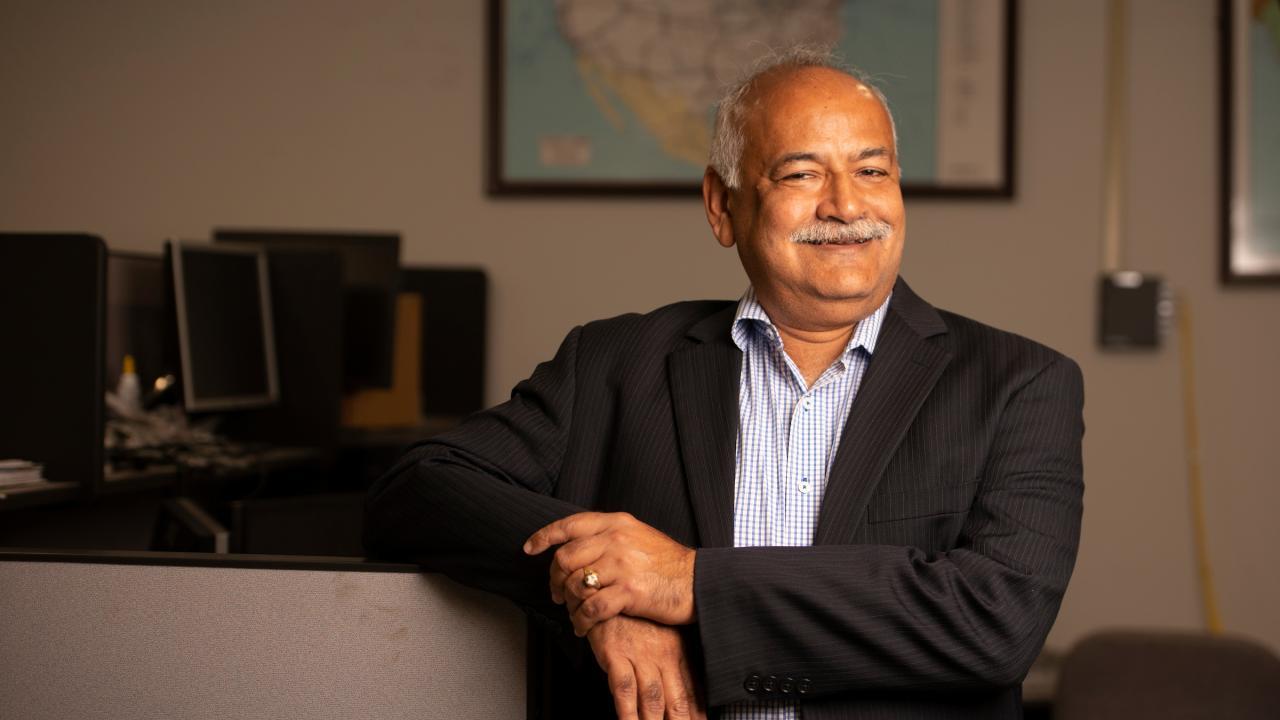 Distinguished Professor of Computer Science Biswanath Mukherjee will deliver the UC Davis Annual Faculty Lecture from 12-1 p.m. on June 4, 2019 in the Activities and Recreation Center (ARC) Ballroom B. The lecture is free and open to the public and lunch will be provided. Please RSVP by May 30.

The Annual Faculty Lecture is a tradition that began in 1942, where the winner of the UC Davis Faculty Distinguished Research award speaks to the campus. Mukherjee, this year’s recipient, will deliver a lecture on computer networking called, “Rising Power of the Network User.”

“Mukherjee developed the concepts of anomaly detection and misuse characterization in network intrusion detection,” said the Academic Senate’s citation. “He had the vision to design and demonstrate the first prototype of a “firewall” to protect a data network: Today, firewalls are ubiquitous. More recently, Mukherjee was the first to recognize the importance of seamless integration of optical and wireless networks, now being realized in 5G networking technology. According to Google Scholar, he is the most cited person on the topic of optical networks. His contributions have changed the landscape of networks and network security.”

Since arriving at Davis, he has been a staple of the college of engineering. He has mentored and graduated 77 doctoral students, published over 600 academic papers and and received the Academic Senate’s Distinguished Graduate Mentoring Award in 2004, the College of Engineering’s Outstanding Senior Faculty Award in 2009 and the UC Davis International Community Building Award in 2016.

“I feel very honored and flattered to be named the recipient of the 2019 UC Davis Faculty Distinguished Research Award,” said Mukherjee. “This is especially true given the caliber of my faculty colleagues, who are conducting outstanding research and innovations on diverse topics, and several of whom are world leaders in their own disciplines.”

Mukherjee Celebrates the Power of the Network