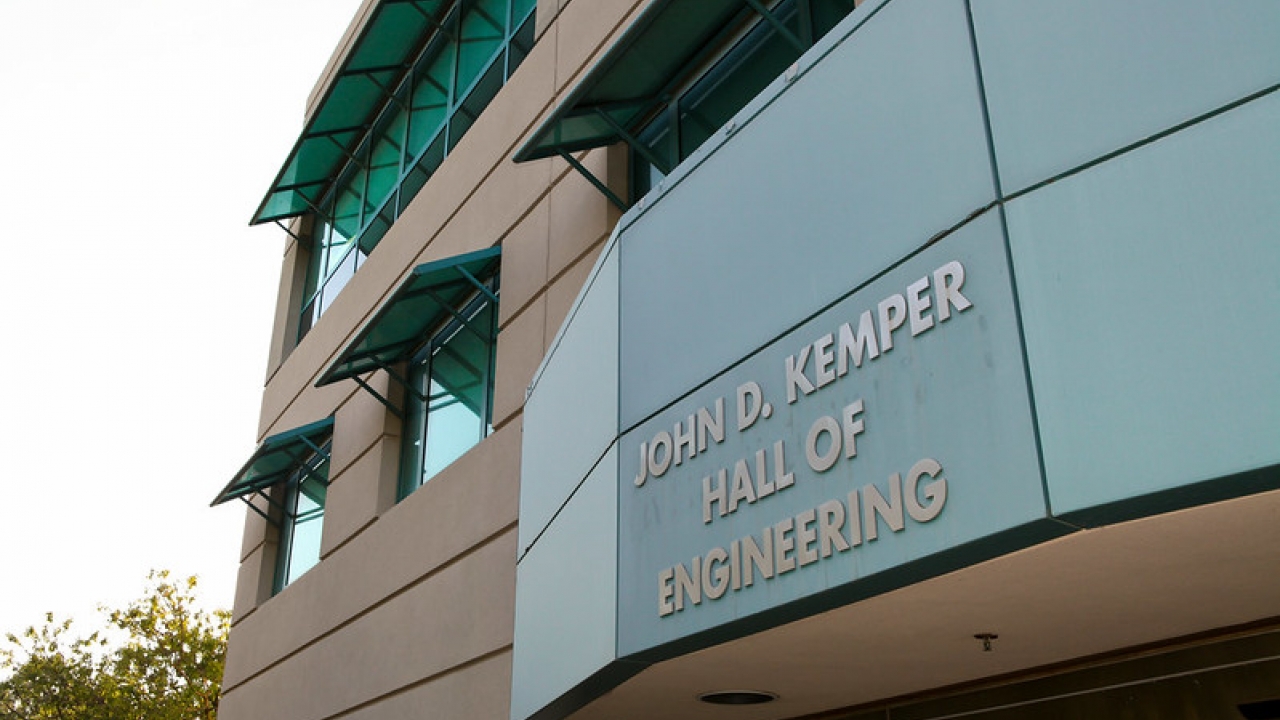 Starting this year, the UC Davis College of Engineering is recognizing one outstanding teacher and teacher’s assistant (TA) from each department with the Best Teaching and Best TA awards.

The Best Teaching and Best TA awards recognize faculty and graduate students who show a strong commitment to the mission and vision of the college and consistently perform above and beyond to train and create the next generation of engineers and leaders. These award recipients were nominated and selected by their respective departments.

These 14 faculty and graduate students have received their awards for their contributions to the college and will be honored through the Best Teaching and Best TA awards video premiere at 4 p.m. on September 10, 2020. Biomedical engineering will start participating next year. 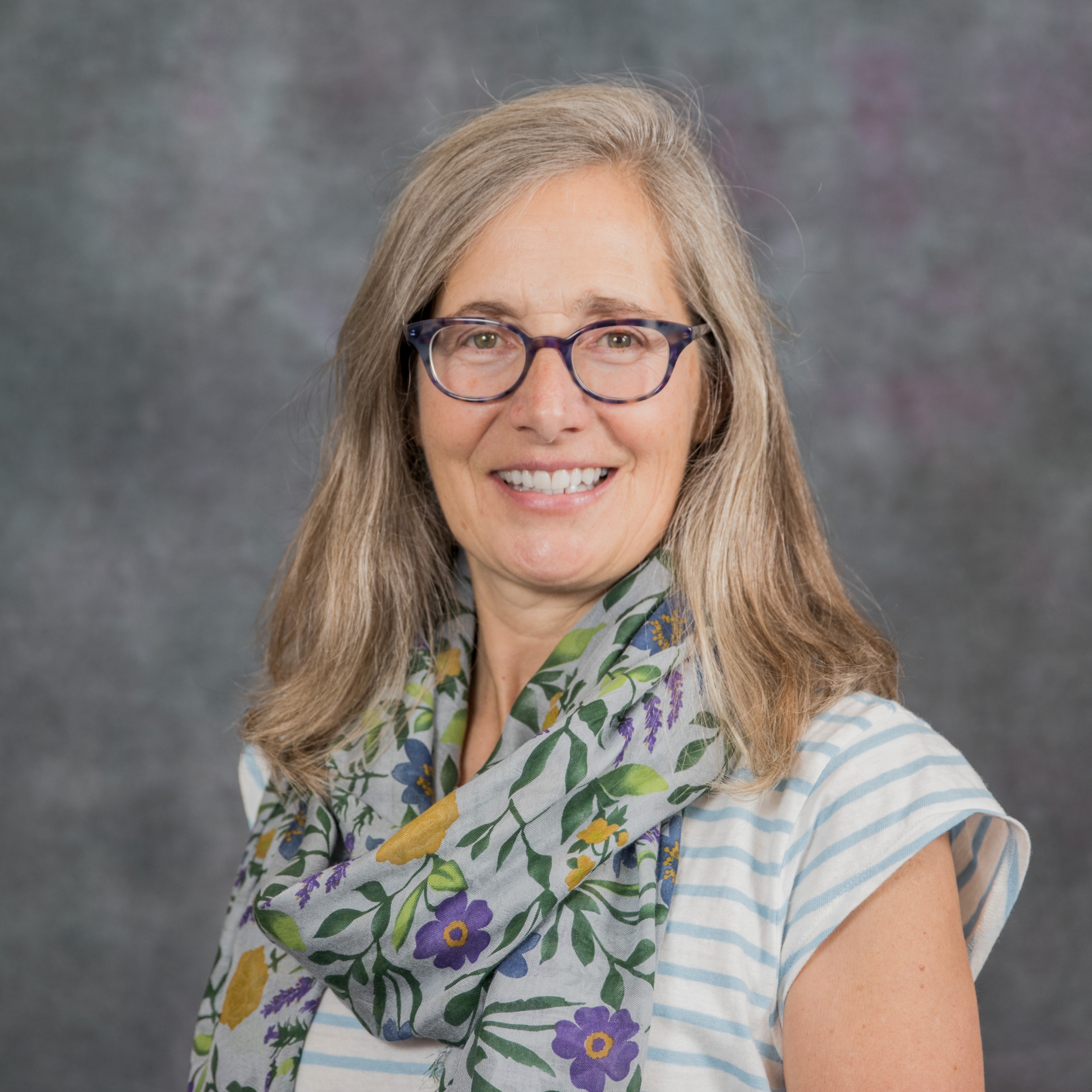 Jennifer S. Mullin is an assistant professor of teaching in the Department of Biological and Agricultural Engineering. She has a Ph.D. in engineering education from Virginia Tech, where she was the first to graduate from the program. Her creative passion for teaching introductory engineering and design coursework through a “learn-by-doing,” hands-on approach is focused on inspiring student success and innovation. From her many varied instructional and professional development experiences, Mullin believes in the power of communication, collaboration and community for a brighter healthier future. 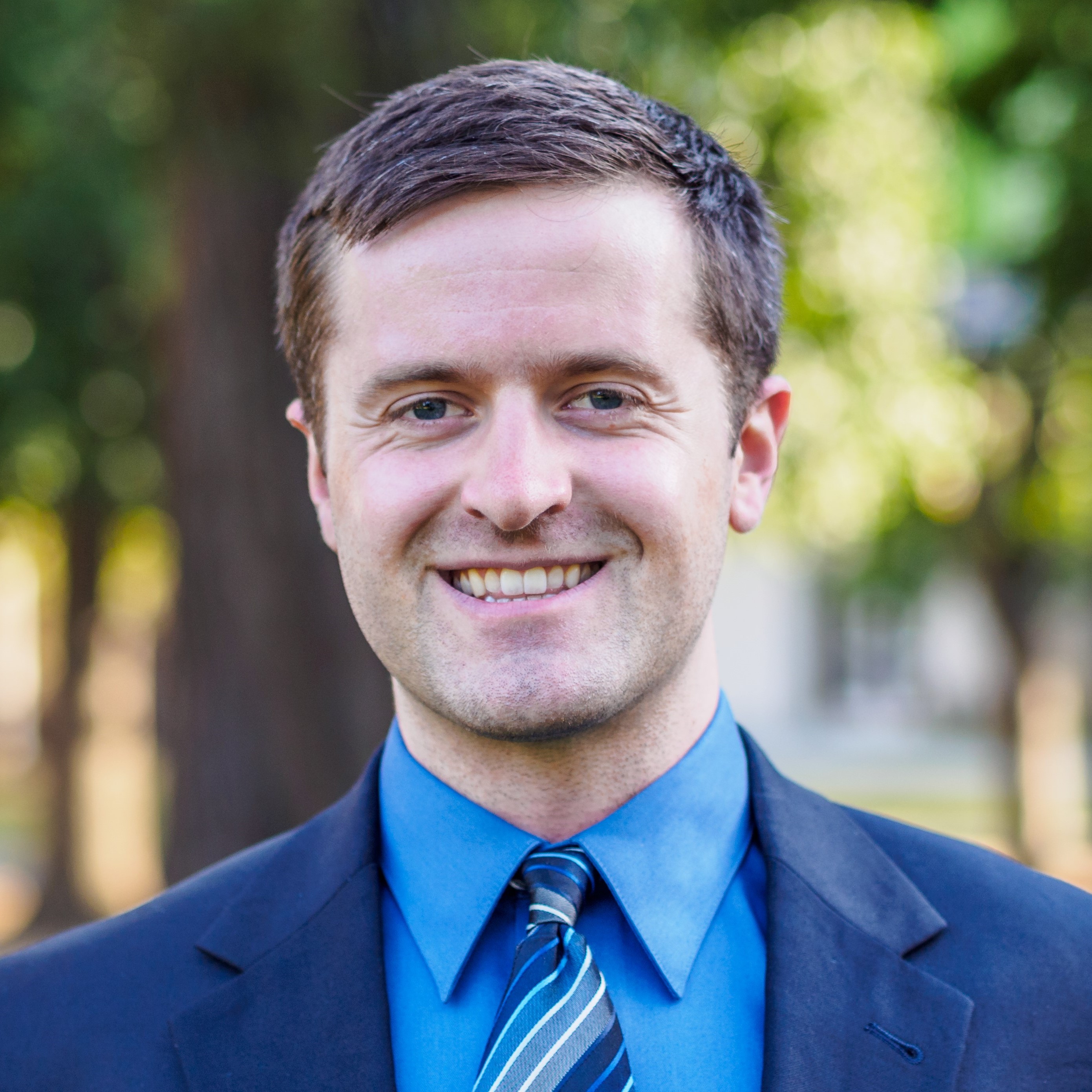 Clay Swackhamer is a fourth-year Ph.D. candidate in the Department of Biological Systems Engineering studying with Professor Gail M. Bornhorst. He graduated from Penn State in 2015 with a B.S. in biological engineering. Clay enjoys fishing and hiking in the local Davis area. 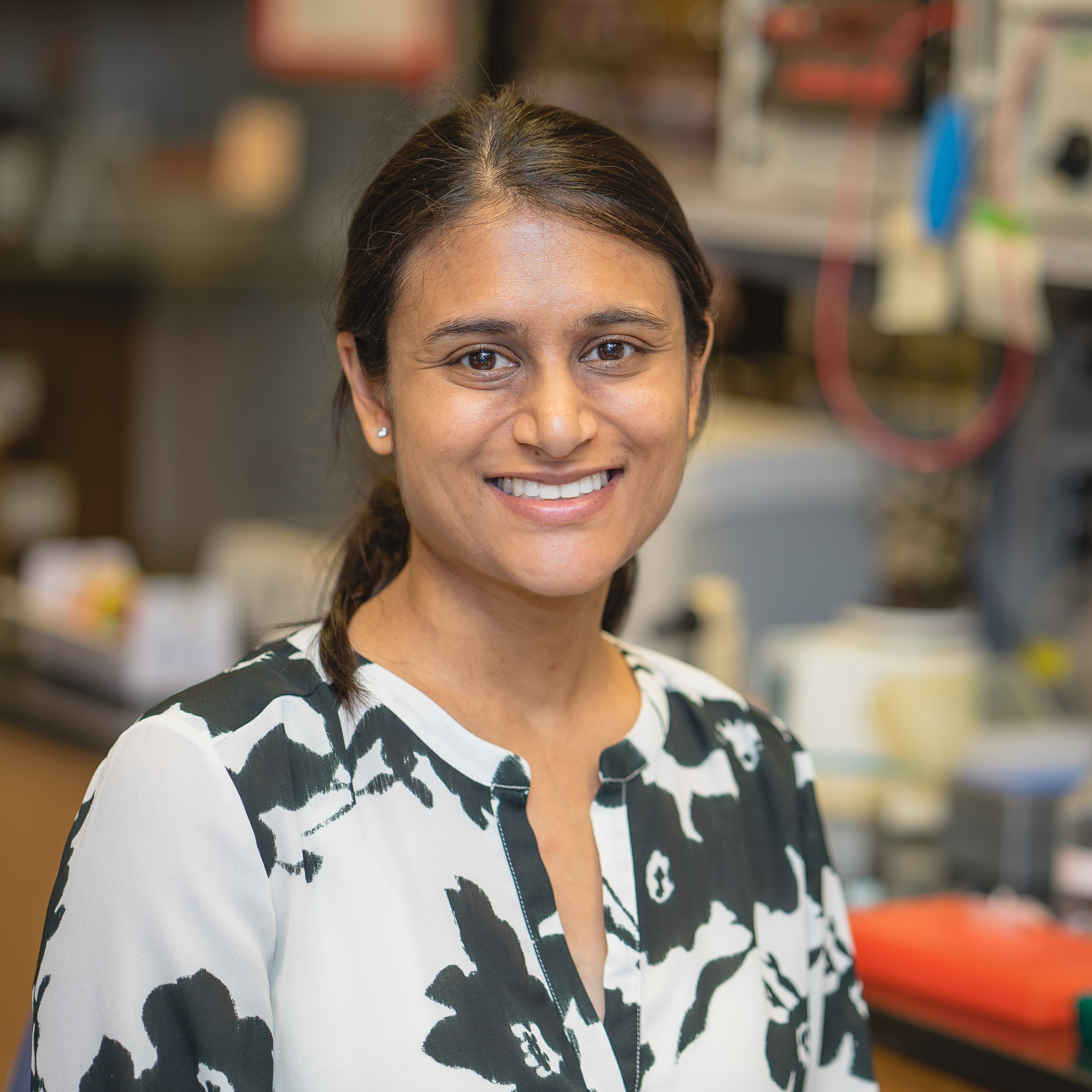 Priya Shah is an assistant professor in the Department of Chemical Engineering. Shah was born and raised in Toledo, Ohio, where she first developed an interest in science, engineering and math. She received her B.S. from MIT and Ph.D. from UC Berkeley, both in chemical engineering. She completed a postdoc at UC San Francisco before starting a faculty position at UC Davis. When not in the lecture hall or lab, Shah enjoys spending time with her family – especially doing science and engineering experiments. 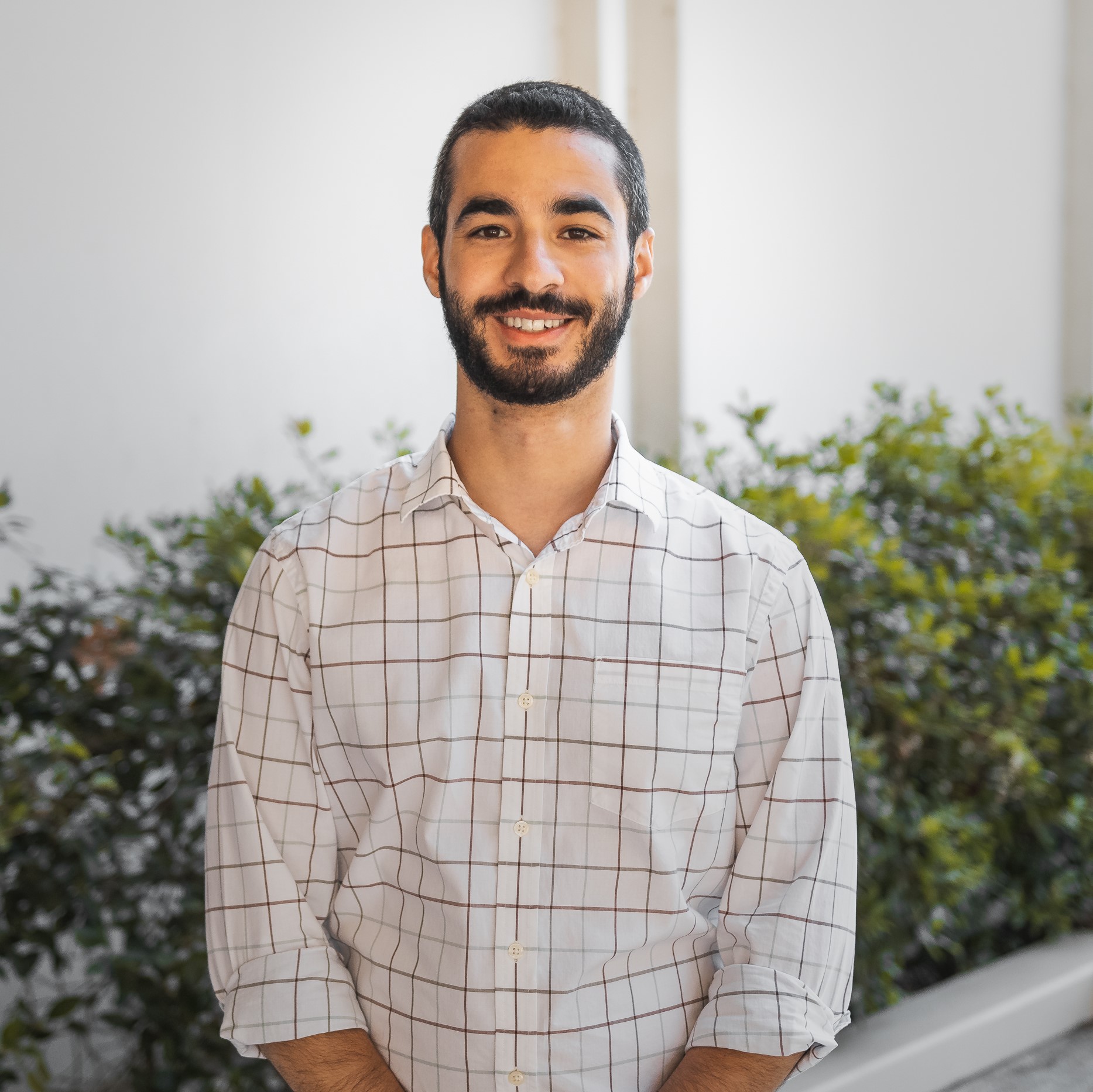 Amr Zedan is a self-proclaimed nerd who is passionate about inventing things and solving complex problems. He completed his B.S. in chemical engineering at UC Davis, where he continued to pursue his graduate studies and is currently in his fifth year as a Ph.D. candidate. In his spare time, he pretends to be a software developer and is pretty good at it too. 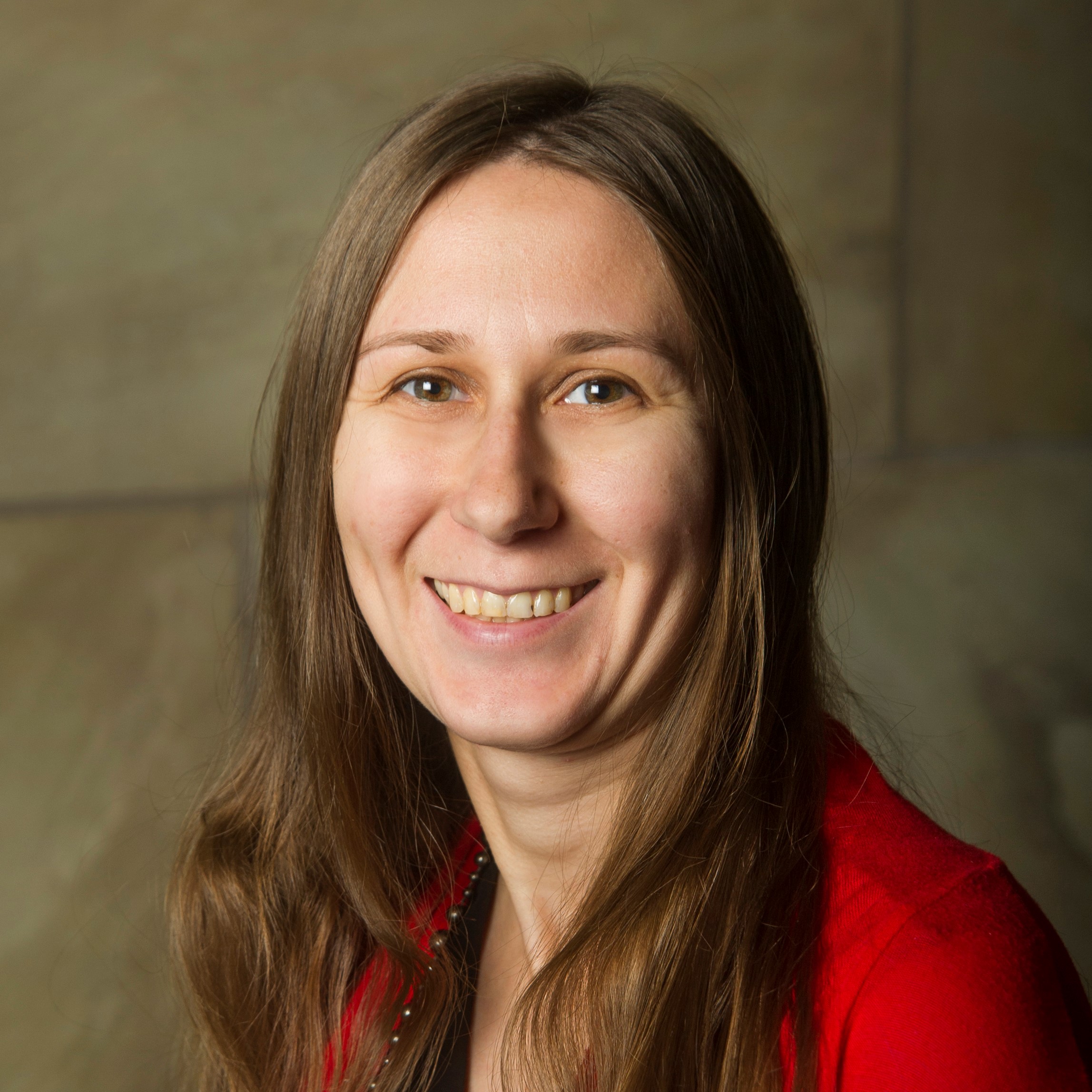 Colleen E. Bronner is an associate professor of teaching and vice-chair of undergraduate studies in the Department of Civil and Environmental Engineering at UC Davis. She earned her M.S. and Ph.D. in civil engineering from UC Berkeley and SUNY at Buffalo, respectively. Her professional interests center on engineering education, particularly equity, inclusion and justice in engineering and higher education and inclusive instructional pedagogies. She is an active member of the American Society of Engineering Education, currently serving as the 2020-2021 Chair of the Pacific Southwest Section. She is a recipient of the 2019-2020 Chancellor’s Fellowship for Diversity, Equity and Inclusion. She serves as principal investigator on a National Science Foundation S-STEM award focusing on the retention of first-generation, low-income graduate students from historically underserved populations and on the National Science Foundation Research Experiences for Undergraduates site award. She is also the faculty advisor of Engineers Without Borders and oSTEM (Out in Science, Technology, Engineering, and Mathematics). 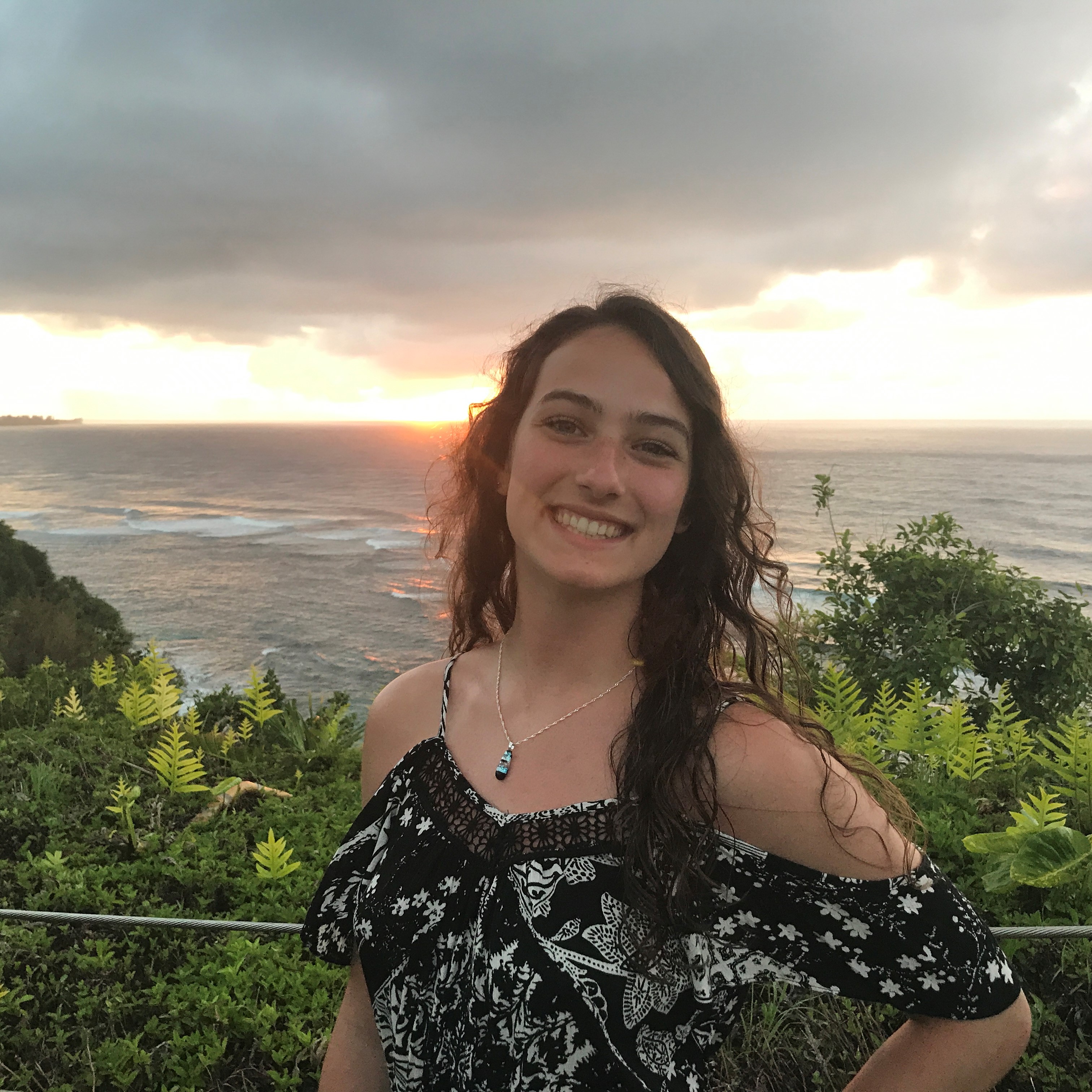 Katie Stagl Hughes is a civil and environmental engineering Ph.D. candidate in the Environmental Dynamics Lab. She received her B.S. in civil engineering at Oregon State University. Her current research focuses on circulation patterns in ice-covered lakes. She has travelled to Quebec, Canada multiple times to complete field experiments on and off the ice. Katie enjoys spending time outdoors with her husband and dog, baking and crocheting. 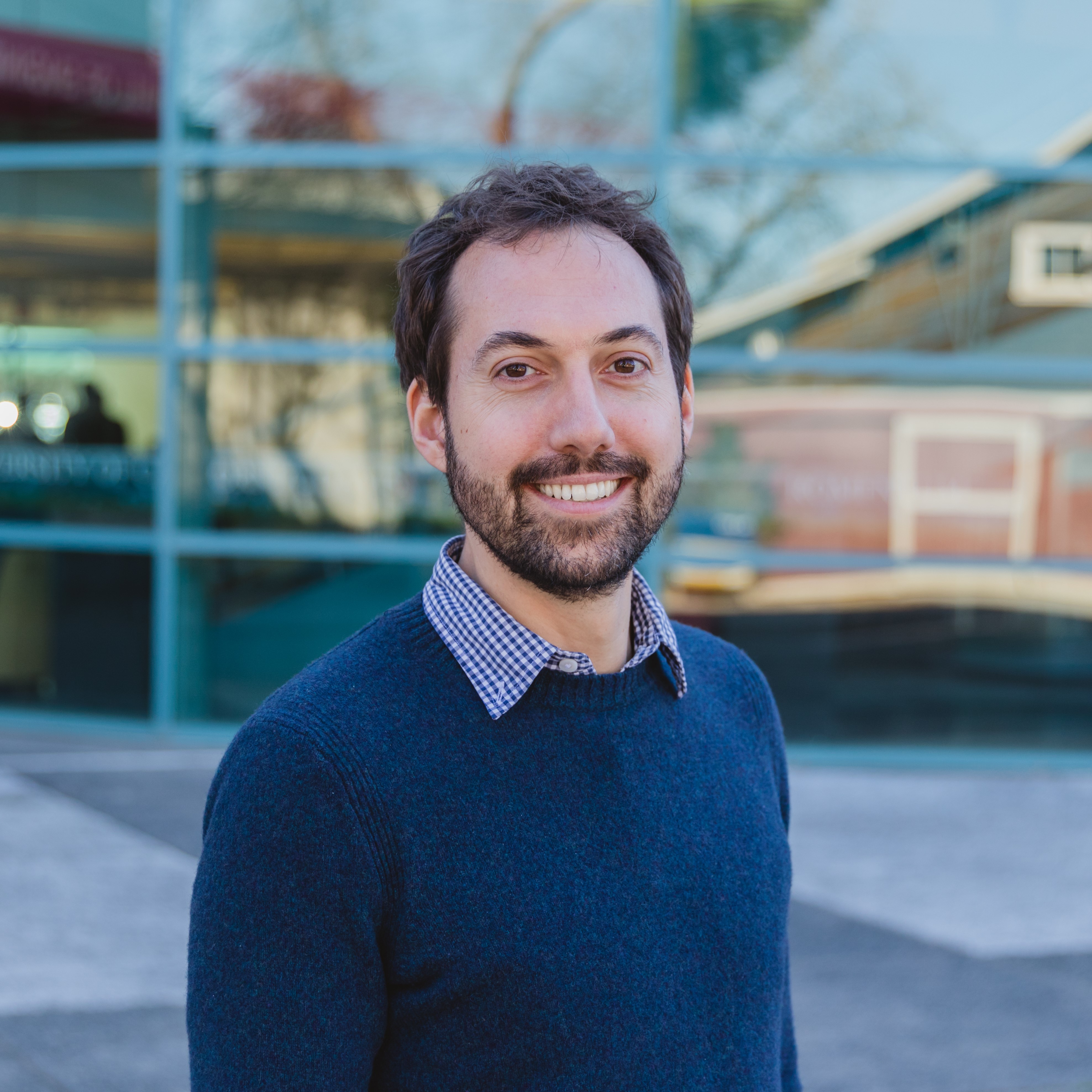 Joël Porquet-Lupine is an assistant professor of teaching in the Department of Computer Science. His research mainly focuses on developing new tools to improve engineering education. Prior to joining UC Davis, he worked in many diverse settings across the private sector and academia, and around the world. He received his Ph.D. in computer science from Sorbonne University (Paris, France) in 2010. When he isn’t writing snarky replies on Piazza (an online platform to ease interaction between students and instructors), he’s probably in his backyard making another piece of wooden furniture. 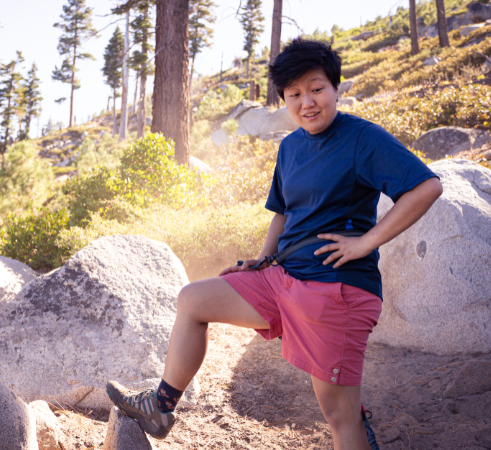 Zee Chen is a Ph.D. candidate in computer science working at the intersection of artificial intelligence and immersive experiences with a focus on storytelling and interactive narratives. Zee enjoys playing BeatSaber, tennis, mahjong, board games and going zip lining. Zee also loves trying out new things, has always wanted to go hang gliding and enjoys watching a good show now and then. 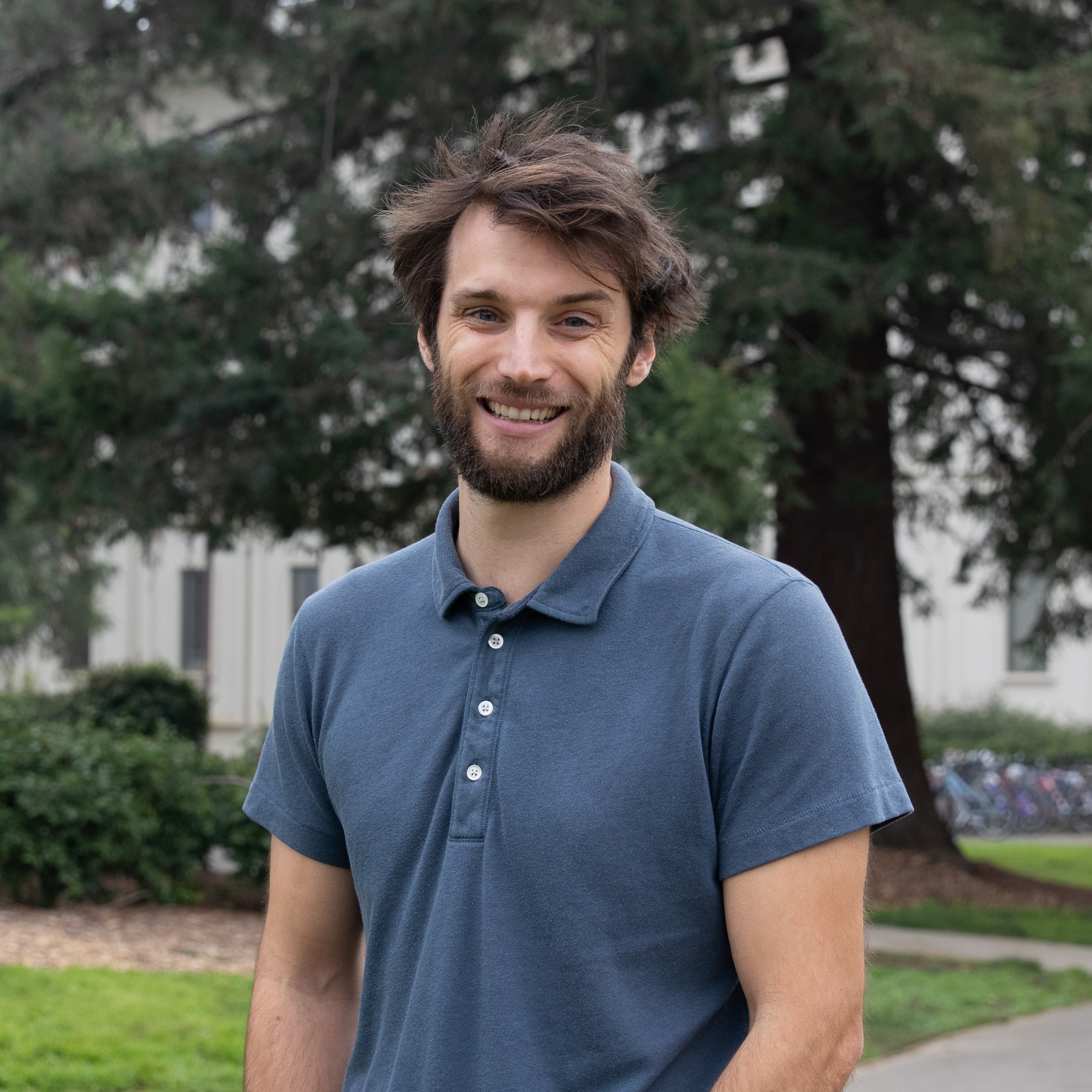 William Putnam received his Ph.D. in electrical engineering and computer sciences (EECS) along with his undergraduate degrees in EECS and physics from MIT. Following his Ph.D., he held postdoctoral positions at MIT and the Center for Free-Electron Laser Science at the University of Hamburg, Germany. After his postdoctoral work and prior to joining UC Davis, William was a staff scientist at Northrop Grumman’s basic research laboratory, NG Next, where he worked on ultrafast electronics and frequency comb technology. William’s research has centered on both fundamental and applied studies of optics and quantum electronics. His teaching interests are in undergraduate circuits and electromagnetics, graduate-level optics, nonlinear dynamics and laser science. Outside of the lab and classroom, William is often found exploring California’s beautiful mountain ranges. 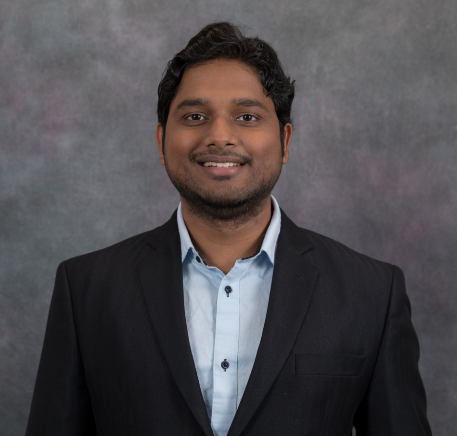 Satyabrata Sarangi is a Ph.D. candidate in the Department of Electrical and Computer Engineering at UC Davis. He received his B.S. in electronics and telecommunication engineering from Biju Patnaik University of Technology and his M.S. in very large-scale integration design and bio-medical instrumentation from IIT Kharagpur, both in India. His current research interests span around energy-efficient and high-throughput lossless compression architectures, many-core processors and logic design. He was a product engineer intern with the Programmable Solutions Group at Intel Corporation in San Jose, California during the 2017-18 academic year and a SoC architecture and logic design intern with the Silicon Engineering Group at Intel Corporation in Hillsboro, Oregon during the summer of 2019. 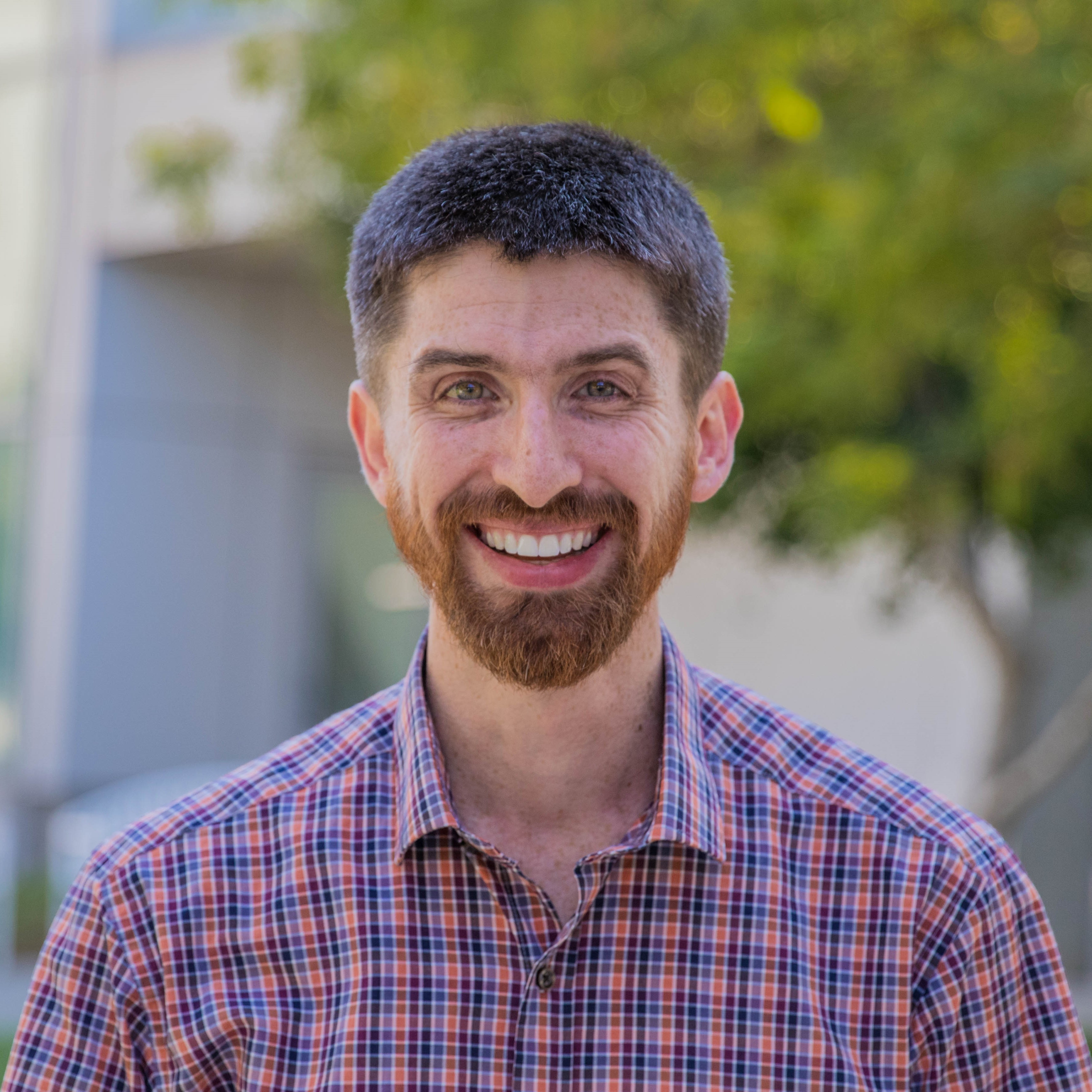 Jeremy Mason joined the Department of Materials Science and Engineering at UC Davis as an assistant professor in 2017. His prior positions included an assistant professorship in the Department of Mathematics at Ohio State University, an assistant professorship in the Department of Mechanical Engineering at Bogazici University and a Lawrence Fellowship at the Lawrence Livermore National Laboratory. His research interests focus on the use of theoretical and computational techniques to study the evolution of materials. This encompasses phenomena as diverse as the formation of solidification nuclei in a liquid, the appearance of low energy dislocation structures during the deformation of metals and grain boundary motion during annealing and recrystallization. His teaching efforts at UC Davis have focused on integrating practical knowledge in the classroom to increase student engagement, and on the development of a bicycle course about the materials, design and maintenance of the modern bicycle. 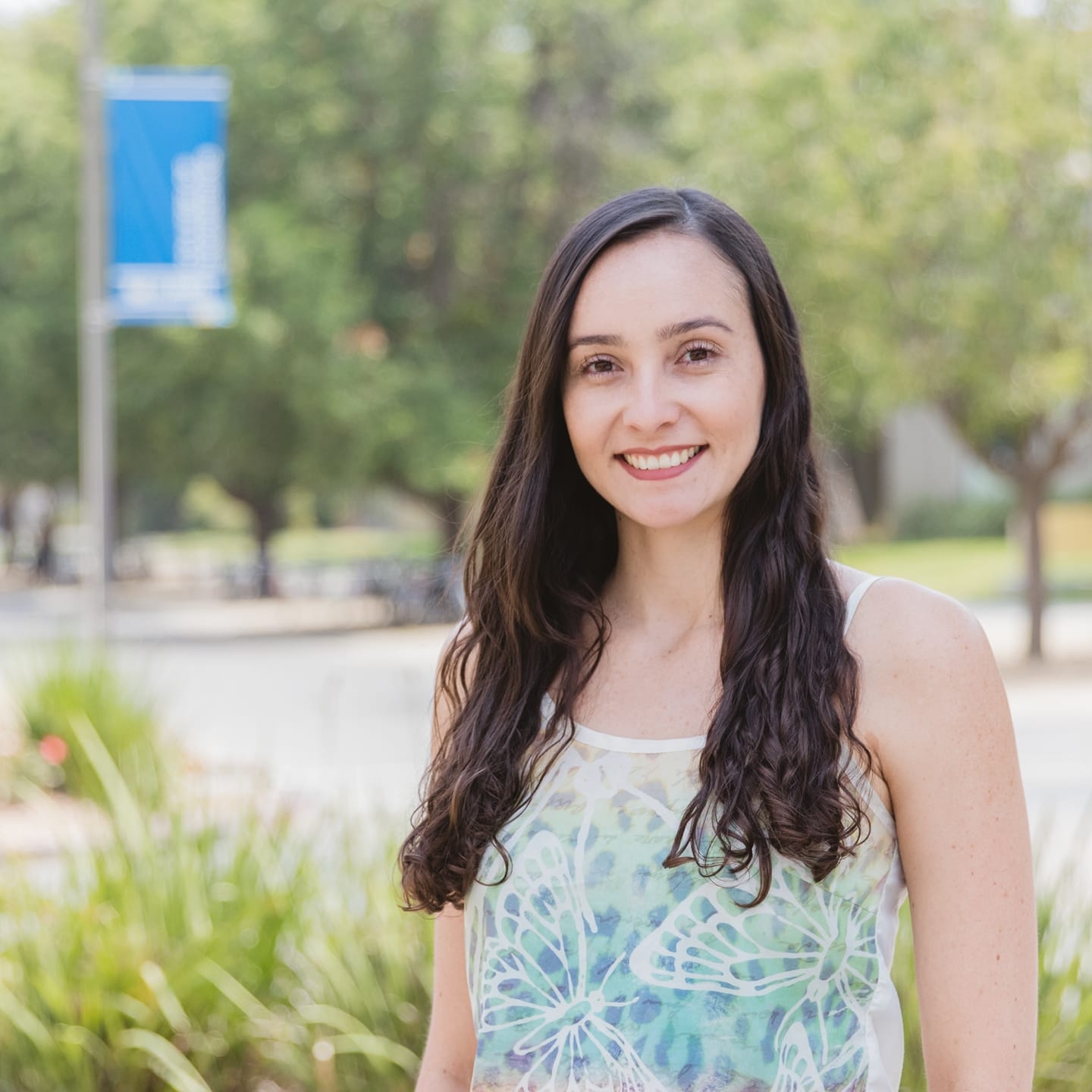 Dayane Oliveira is a Ph.D. candidate in the Department of Materials Science and Engineering. She is a first generation college student from Brazil, where she completed her B.S. with honors in materials engineering. During her undergraduate years, she had the opportunity to come to the U.S. in a study abroad scholarship program. Her research experience at UC Davis inspired her to return to pursue a graduate degree and a research-related career. Currently, she studies mechanisms of cyclic permanent deformation in high-performance alloys, aiming to better understand how these materials behave in applications involving repetitive loads. In her free time, Dayane loves to spend time with her friends and to explore new places. 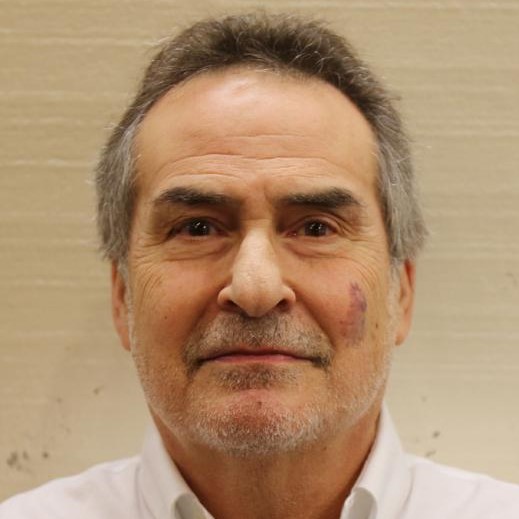 Professor Margolis did his undergraduate work at Virginia Polytechnic Institute and State University receiving his B.S. in mechanical engineering in 1967.  He did his graduate work at MIT, receiving his M.S., M.E. and Ph.D. in 1972. He joined the faculty at UC Davis in 1972, where he teaches and researches in the broad areas of modeling, simulation and control of physical systems with particular emphasis on vehicle dynamics and control and vibration control. Margolis has supervised the research of 55 Ph.D. students and more than 80 M.S. students. Margolis is one of the principal developers of bond graph modeling for interacting mechatronic systems. He has written many articles demonstrating the utility of bond graphs for many different systems and he has co-authored a textbook on this topic. 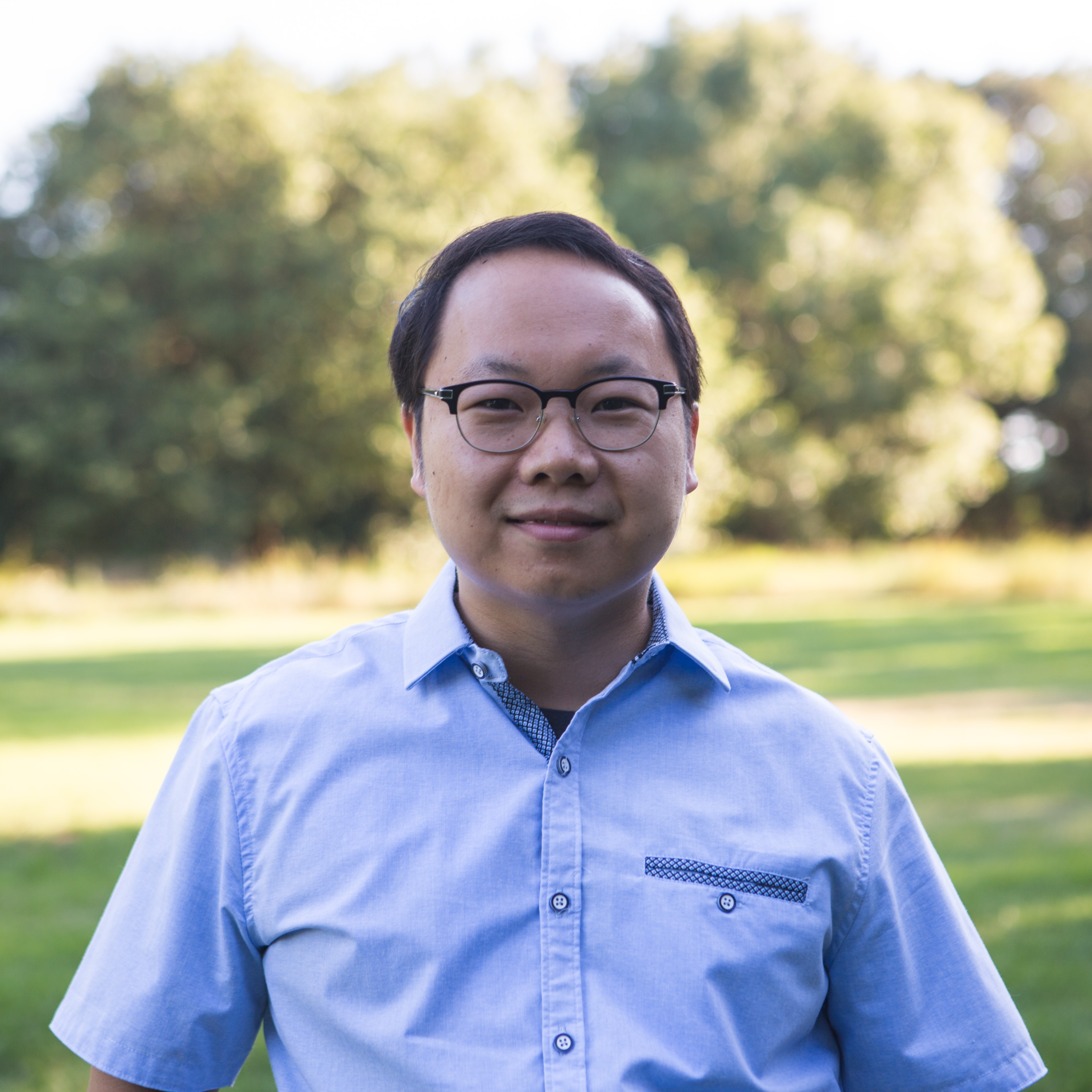 Chang Lee Vang is currently a Ph.D. candidate in the Department of Mechanical and Aerospace Engineering at UC Davis. He recently earned his M.S. in mechanical and aerospace engineering at UC Davis. Prior to his graduate studies, he worked in industry for five years as a mechanical design engineer as well as leading roles in manufacturing. His current research focuses on the combustion of liquid fuels, and he has co-authored a number of published papers.

Disruptioneering: The Quantum Vacuum for Nanotechnology