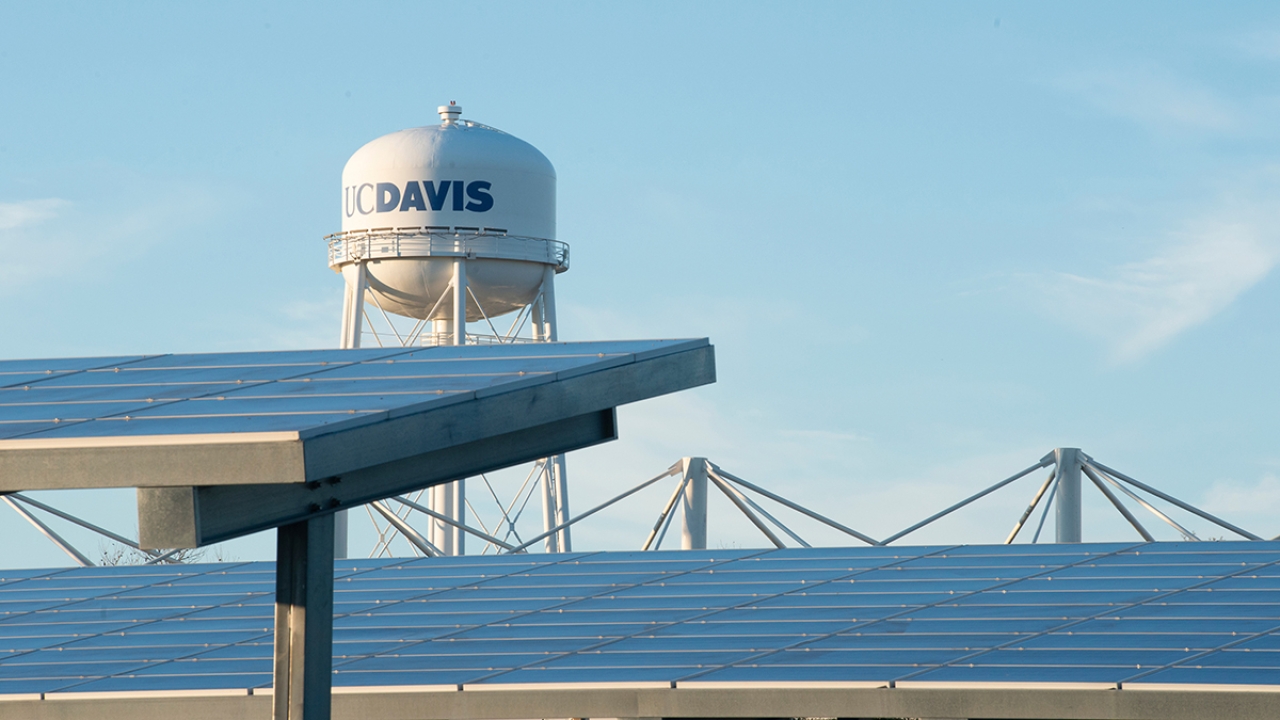 The humble battery: a device most people rarely think about until the phone runs low, the car won’t start, or the smoke detector beeps in the middle of the night.

While they may take a back seat in our interactions with the devices they power, batteries are a critical factor in advancing technological innovation. From the first lead acid batteries invented in the 1860s – grandfathers to those D-cells that powered (and leaked in) our flashlights and portable radios – to the compact nickel-metal hydride batteries that would make digital cameras and portable laptop computers feasible, to the rechargeable lithium-ion batteries that give life to our smartphones, revolutions in battery technology have been behind major transformations in electronics.

Now, engineers at UC Davis are working to develop a new type of battery to support alternative energy systems that could help to enable a future where the entire world is powered on renewable energy.

It’s already possible to generate enough renewable energy to supply the human enterprise with a massive increase in wind and solar collection according to Adam Moulé, professor of chemical engineering at UC Davis. However, more abundant and affordable ways to store it are needed. Energy sources like the sun, wind and tides are intermittent, supplying power only at certain times of day. In a solar energy system, for example, we would need to store enough power during the 6-8 hours of full daylight to use during the remaining 16-18 hours.

Recently, the focus has been on lithium-ion batteries to store solar photovoltaic electricity. Lithium-ion batteries can store more energy for longer times than their lead-acid forerunners, but these batteries are problematic. They take a tremendous amount of energy to produce, mining involves a host of ethical issues, and spent batteries are hard to recycle and generate hazardous waste. Crucially, lithium is nowhere near plentiful enough to provide storage on the necessary scale.

“Even if we mined all the lithium on earth,” said Moulé, “we would not have even a tenth of what’s needed for global energy storage.”

A Living Lab for Energy Storage

Until we can reliably and cheaply store renewable energy at scale, the world will continue to rely primarily on fossil fuel-based power grids.

This is the impetus behind the effort to unite faculty around living-lab energy storage demonstration projects that will facilitate getting a variety of alternative energy and storage solutions ready to scale up and bring to market. There are many ideas for how energy could be stored; the living-lab concept enables students and labs to try out a new idea for a low enough cost to discover what is practical and what just looks good on paper. Seed funding from a Next Level Research Award, which funds interdisciplinary research in the College of Engineering’s strategic research impact areas, is helping to generate momentum for two initial projects: the processing of waste streams into biofuels, and the latent heat battery.

The latent heat battery, or LHB, offers one approach for storing solar heat energy. The idea is to create a compact solid-state heat-battery that stores energy in a phase transition using highly abundant materials. Essentially, it works by heating up an alloy of silicon and aluminum past its melting point during the day, and then extracting and converting the heat released as the alloy resolidifies at night into energy to power household or industrial processes.

Everyday activities from heating homes and water to cooking and doing laundry require enormous amounts of energy. The goal is to shift these processes from using burnable fuel to electricity or direct solar heat that can be generated using intermittent wind or solar power. An LHB can store heat when solar radiation is abundant during the day to be used when the heat energy is needed in the evening or at night. This particular design could be scaled up to unlimited amounts because silicon and aluminum are among the most abundant elements on earth.

The LHBs of all kinds are still theoretical ideas for which there are no building-scale demonstrations, Moulé cautions. Advancing the technology involves collaboration between mechanical, civil, chemical, and materials science engineers to model and test at mid-and high-temperatures, develop containers, and analyze data.

“Our goal this year is to put together a first demo of a small project,” he said.

Assistant Professor Matt Ellis in the Department of Chemical Engineering will do a series of simulations that look at how well the LHB can exchange heat at different temperatures and how quickly heat could be released. These simulations will enable the team to design LHBs of the correct size for applications like providing air and water heating for a typical American house.

Distinguished Professor Jerry Woodall in the Department of Electrical and Computer Engineering is leading the effort to build an LHB that uses a silicon/aluminum alloy to store heat at approximately 577°C, with the goal of designing a prototype 1kW storage device that can be used to gather data and test materials. Working with the Western Cooling and Efficiency Center (WCEC) and the Energy Efficiency Institute (EEI), the group aims to demo the battery as the heat source for the heater, heat pump cooler, and water heater for a building, and possibly a heat engine to convert heat energy to electricity. Meanwhile, Professor Vinod Narayanan in the Department of Mechanical and Aerospace Engineering and director of the WCEC is leading Department of Energy-funded research on high-temperature solar heat for power generation and industrial applications, for which high-temperature thermal storage would be required.

The long-term goal to scale the battery up and bring it to market is part of a larger goal in the college to develop and demonstrate a range of technologies that can create a renewable energy grid. Partnerships with campus organizations such as the EEI, the WCEC and the Energy Graduate Group can help take the research to the next level by supporting lifecycle analysis, process control, building integration, permitting, policy and economics issues. They can explore how well the technology works, whether it’s affordable, what changes to policy and code would need to be deployed, and help accelerate the generation of IP, commercialization and product integration.

This story was featured in the Fall 2022 issue of Engineering Progress.