Since its founding in 1962, over 28,000 students (and counting!) have graduated from the UC Davis College of Engineering. Our alumni have pursued careers in a wide variety of technical fields in industry, public service and academe, occupying positions of leadership and making a global difference. 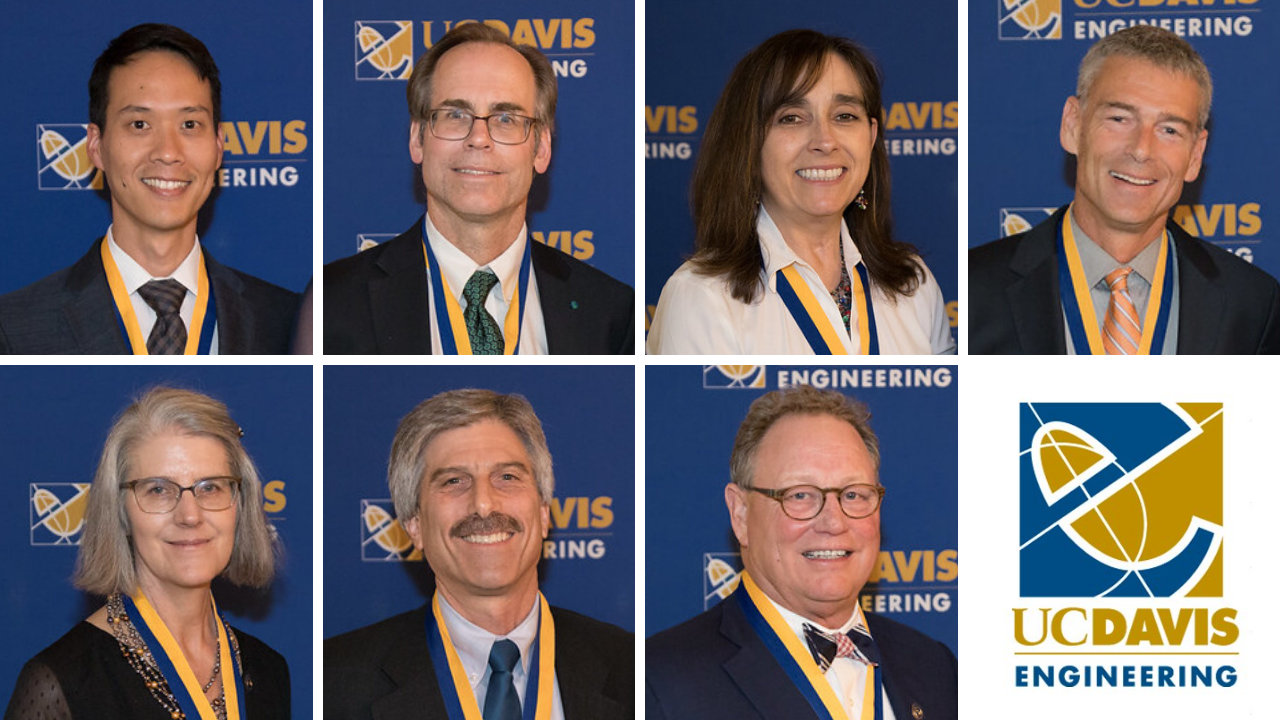 Find out how to submit a nomination and learn more about the 2019 Distinguished Engineering Alumni Medal recipients here.

Our alumni have become pioneers in their respective fields with achievements that have been far-reaching. Here are some outstanding examples of how our graduates are changing the world:

Since her time as a computer science student at UC Davis, Deb Frincke, B.S. ’85, M.S. ’89, Ph.D. ’92 has been at the forefront of cybersecurity as it has become an increasingly important part of modern life. With experience in academia, national laboratories and government—most recently as the Director of Research for the National Security Agency (NSA)—she has made a profound impact on the field through her leadership, mentorship and research.

Shelten Yuen received his B.S. in electrical engineering from UC Davis in 2001 and his S.M. in applied math and Ph.D. in engineering sciences from Harvard University in 2007 and 2009, respectively. He is currently the VP of Research at Fitbit Inc. where his team built one of the first optical sensors to measure pulse from the wrist. He was also a founding engineer and developed the core algorithms in the Fitbit trackers. Yuen oversees development in new hardware, sensors, and algorithms in wearable computing.

John Maroney graduated from UC Davis with a B.S. in mechanical engineering in 1975. Currently, he is the CEO of Alessa Therapeutics, a pre-clinical stage company developing implantable drug delivery systems focused on sustained delivery of drugs to solid organ tumors. Arising from the work done in Dr. Pamela Munster’s labs at UC San Francisco, Alessa’s initial focus is on breast and prostate cancer. Maroney has held several leadership positions over his career and has been on a number of boards. Since graduating, he has remained involved with the College of Engineering in various ways.